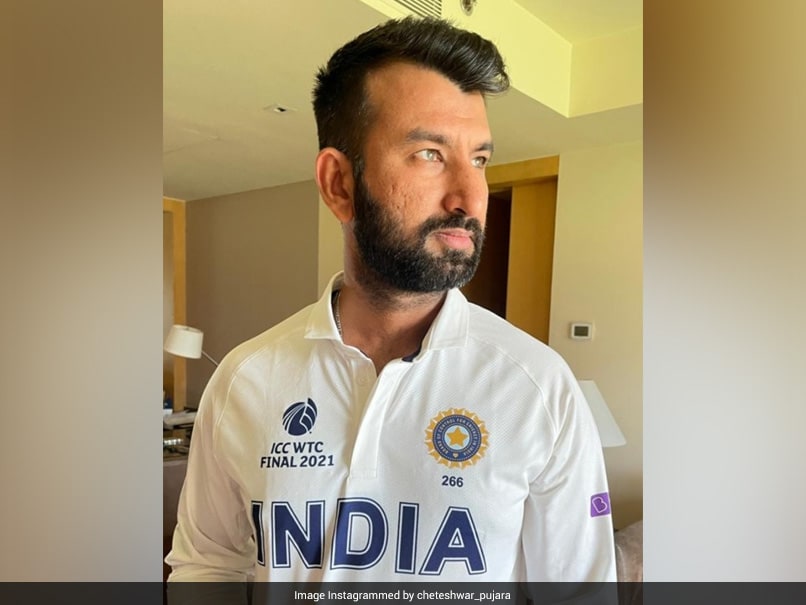 
India’s Test batting mainstay Cheteshwar Pujara can not wait to get on the sector for the upcoming World Test Championship (WTC) closing in opposition to New Zealand. Team India shall be donning the retro jersey within the WTC closing in opposition to New Zealand slated to get underway from June 18. Pujara on Saturday shared an image of the brand new jersey on his Instagram story and he captioned the put up as: “The new kit is here! Can’t wait to get on the field! #worldtestchampionship.” Earlier within the day, all-rounder Ravindra Jadeja shared the photograph on Twitter donning the brand new jersey.

The Indian cricketers could be in quarantine forward of the UK tour, however they’re sweating it out within the fitness center to make sure they’re match and able to go as soon as they get out of quarantine in England forward of the WTC closing in Southampton.

The BCCI has additionally ensured that the cricketers will get their second dose of the COVID-19 vaccines in England below the steerage of the UK well being division.

“The team has already taken the first dose here after the government opened the vaccination process for all above 18. The second dose will be administered by the UK health department once the players are eligible to get the second jab as per rules,” BCCI sources had instructed ANI.

The BCCI made a foolproof plan for the nationwide group earlier than they depart for the UK and preparations had been made for all of the gamers to bear three RT-PCR exams earlier than assembling in Mumbai on May 19.

After finishing the two-week quarantine in Mumbai, the group will bear one other 10-day quarantine within the UK. The second interval will see them first bear a tough quarantine earlier than they take the sector to coach for the WTC closing in opposition to New Zealand in Southampton, beginning June 18.

The New Zealand group are already within the UK forward of their bilateral sequence in opposition to England and the group will transition from the ECB bio-secure setting into the WTC closing bubble on 15 June and shall be topic to common testing previous to and post-arrival in Southampton.