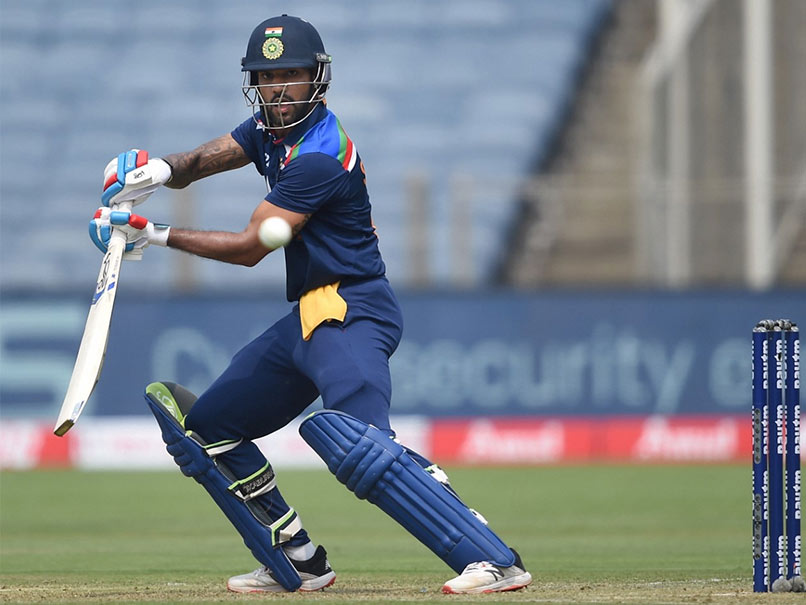 IND vs ENG: Shikhar Dhawan scored 98 runs within the first ODI in opposition to England on Tuesday.© PTI


India captain Virat Kohli stated he’s a proud man after the hosts defeated England by 66 runs in the One-Day International series opener in Pune on Tuesday. Kohli was impressed by the performances of Shikhar Dhawan (98) and KL Rahul (62 not out) and stated that the crew desires to again such gamers who will do a selfless job. “Team showed great character and intensity. As I’ve mentioned in the past as well, we promote players who have intent and back their skills. Special mention to Shikhar’s innings as well. Didn’t get much after the first T20I. KL as well, back among the runs. So we want to back people who will do a selfless job,” Kohli stated on the put up match presentation.

“A comeback from all our bowlers. Going for few runs early on (Prasidh) and coming back was amazing. Krunal as well. Shardul, Bhuvi were amazing. I am a really proud man right now,” Kohli added.

Dhawan was named participant of the match for his knock of 98 and he stated that when he wasn’t part of the taking part in XI, he was trying to keep constructive.

“When I wasn’t playing, I was thinking how I can give to the team. I was being a good 12th man (laughs), serving water. In my head, though, I was quite positive. That when I get an opportunity I can score runs,” Dhawan stated.

Both groups will meet on the similar venue on Friday for the second ODI.